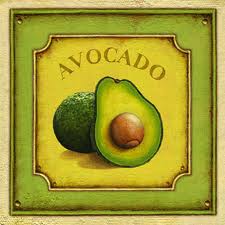 The avocado is a fruit, not a vegetable.  It contains all manner of goodness and like all good things it also has a few not so good qualities one ought to be aware of before indulging one‘s crave!

This green, palm sized, egg-shaped plant has the skin of a sun-drenched dinosaur; green, tough, rippled and usually a little rough to the touch. It’s innards resemble semi solid butter with a banana like texture. It can be sliced or spread like cream cheese, eaten as is or heated. 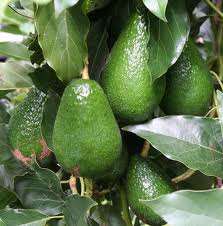 Many say this fruit; which is generally eaten in the manner of a vegetable as accompaniment to meat or salad, spread on crackers or used as a dip base; has no flavour and no nutritional qualities to speak of. Flavour is a matter of taste–no pun intended, so only the individual can decide on this point. The flavour is not in the least sweet, nor bitter, nor savoury, but rather tastes quite buttery and green. When it comes to nutritional value, however the avocado ranks surprisingly highly in some stakes.

The same amount of protein as 1 cup of cherries or half a cup of raisins. Very little.

The same amount of carbohydrate as 2 raw tomatoes, 1.5 teaspoons of sugar or 1 cup of cottage cheese.  Minimal carbohydrate content.

The same amount of fibre as 1 cup of steamed broccoli, 1 cup of frozen peas or steamed turnips or 2-3 dried figs – a relatively high fibre content for its size.

The same amount of iron as 1 glass of orange juice, so very little indeed!

The same amount of calcium as 1 cup of macaroni or 2 cups of corn flakes or 6 cups of puffed rice.  None worth a mention really.

The same amount of phosphorous as 2 slices of bacon or 1 cup of beetroot, 1 cup of vegetarian rice or 1 cup of pineapple juice.  Quite a minimal amount.

The same amount of fat as 1 cup of ice-cream, or half a cup of grated cheddar cheese. Quite a bit!

The same amount of saturated fat as 10 large olives, 20 slices of bread, 1.5 cups of pan-fried potatoes or 1 slice of chocolate cake with fudge icing.  comparatively speaking, not too much, but enough!

The same amount of sodium as half a grapefruit, half a cup of fresh squeezed lemon juice or 5 small radishes – in other words, very little indeed!

The same amount of calories as 11 French fries, 1 tin of canned sardines or 2-3 eggs.  Relatively high in calories!

The same Vitamin A content as 3 cups of muscat grapes.   Not much to speak of.

In summary, Avocados are high in calories, high in fat and saturated fats, so need not be mixed with oils or consumed with butter.  It can be used as a healthier butter substitute on toast and sandwiches.  It is an extremely excellent potassium source, ranking right up there with big guns of potassium filled fruit and vegetables, such as bananas and tomatoes.  Great for the brain, but disappointingly bad for the hips in high volume.  Good for those with low lipids, however–and those in need of constant brain food!