Feeling somewhat zombie-like today…  One could attribute this to the sudden heat swing we are having or perhaps to the fact that I curled up in bed at 5am this morning following a triple play horror movie fest and slept quite literally the sleep of the dead.  Either way, considering it is October 31st, perhaps it is apt?  Not very useful, however, so I am attempting to redeem myself with my usual morning nuptials; honey tea, orange juice and a hearty ‘brunch’ of eggs over easy on hot buttered toast… 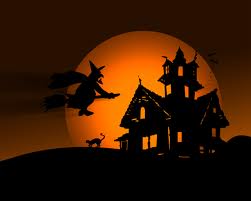 I do think, however that last nights triple play of horror delights on GO! may rather have something to do with my rather lethargic, ‘undead’ state.   ‘Zombie Strippers!’ followed by two Hammer Horror classics, ‘Dracula: Prince of Darkness’ (1966) and ‘Scars of Dracula’ (1970) were the line up.  Nothing like a good Hammer Horror; personally I would kill for the complete collection!  Hint, hint…

‘Your tongue is so dry…!’  the punters says.

‘Then let me make it wet!’ she screeches and rips his treasure off before devouring it completely.

It’s a classic!  Zombie Strippers!   Don’t watch it whilst eating or on a full stomach, seriously.  We had just consumed a hearty dinner of homemade meat loaf & gravy, mashed pumpkin & potato, steamed spinach, cold sliced tomato dressed in vinaigrette and a bottle of Cabernet Sauvignon.  Not the best mix to follow with flesh-eating undead for desert.

Zombie Strippers! Squeamers beware, not for the faint hearted.

Both Hammer Horrors delivered abject satisfaction, as always, the second finishing at 4.30am accompanied by rampant munchies.

As I said, I slept the sleep of the dead last night – or is it the undead?  One would expect dreams of flesh-eating zombies and blood sucking vampires, but not me… I dreamt of a beautiful German girl, blonde and very petit who set off a pulse bomb in the industrial area of the town where I live.  Of course! 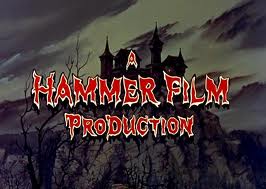 Meanwhile, if you’re currently finding it hard to get you TV Horror fix in the wee hours of the morning, fear not!  Your fear-filled flick fetish prayers have been answered!  BlackFlag.TV broadcast a delicious assortment of horror-filled goodies–24/7 online!  It’s fab!  And it’s free!